Well I have to thank my friend Daniele who comes up with names for the Art Guild’s shows. She just really was in love with the word Wanderlust, so she pushed for that as a show name.  That made me think of my old iPhone snapshots I took in India, intending to use them as painting subjects, eventually. Or maybe to just print, or use as a mixed media project.  Too much visual fodder not to do something interesting with them anyway! But alas, it was one of those ideas you shelf and don’t revisit. But with a name like Wanderlust, I decidedly had to use something I’d garnered from my travels for a motif.

I’m so glad I dug up those India snapshots! I think they will be the source of my series for a little show I’m doing next May at the Quarry Gallery. Can’t use my nude figure paintings for that, so I was trying to figure out what else would keep my interest well enough for a whole lot of work. Voila!

This is the one I submitted to Wanderlust. I’ve done a few more since then, and I’m thrilled to the gills! I believe I’ll submit my last one for the guild’s Member Show. If you’re lucky you win a coveted show with three other people in the main gallery during the next year’s Member Show.  Wouldn’t that rock?! I won’t hold my breath but it’s worth a shot! 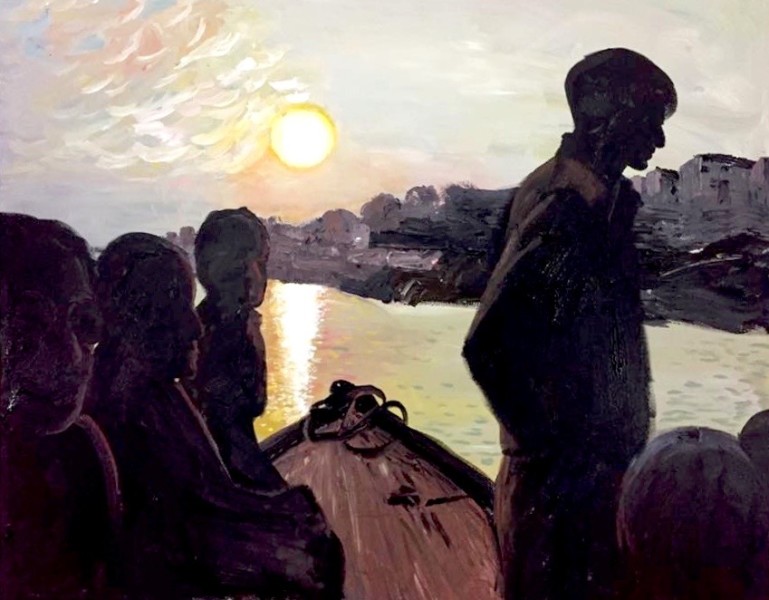